Silver Linings (49) In Praise of O 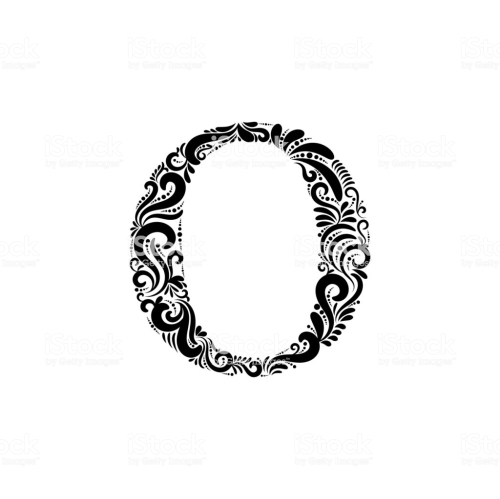 Once there was an opening, an operation: out of which oared the ocean,
then oyster and oystercatcher, opal and opal-crowned tanager. From
ornateness came the ornate flycatcher and ornate fruit dove. From oil,
the oilbird. O is for opus, the Orphean warbler’s octaves, the oratorio
of orioles. O for the osprey’s ostentation, the owl and its collection
of ossicles. In October’s ochre, the orchard is overgrown with orange
and olive, oleander and oxlip. Ovals of dew on the oatgrass. O for
obsidian, onyx, ore, for boreholes like inverted obelisks. O for the
onion’s concentric O’s, observable only when cut, for the opium oozing
from the poppy’s globe only when scored. O for our organs, for the os of
the cervix, the double O’s of the ovaries plotted on the body’s plane to
mark the origin. O is the orbit that cradles the eye. The oculus opens
an O to the sky, where the starry outlines of men float like air bubbles
between us and oblivion. Once there were oarfish, opaleyes, olive
flounders. Once the oxbows were not overrun with nitrogen. O for the
mussels opening in the ocean’s oven. O for the rising ozone, the
dropping oxygen, for algae overblooming like an omen or an oracle. O
Earth, out-gunned and out-manned. O who holds the void inside itself. O
who has made orphans of our hands.

This poem, sent to me by my father, in turn sent to him by one of his students, is the second place winner of the Trrhouse Climate Action Poem Prize

It is an O kind of day today, and an O kind of world we live in these days. One of my favorite literary movements is Oulipo, founded in 1960 in France by writer Raymond Queneau and mathematician, François Le Lionnais. Oulipo or Ouvroir de littérature potentielle  is a “workshop of potential literature” in which multiple restrictions are applied to the process of writing, or anything for that matter, in order to find greater freedom in one’s work. (I particularly liked Luc Sante’s recent description of his Oulipian collages.) Oulipo’s methods seem particular appropriate for right now, in fact, it seems we are all one big Oulipo experiment at the moment.

I have been loving season three of Ozark and have the finale still to watch (tonight I’m sure). What I find particularly fascinating is the portrait of Marty and Wendy’s marriage. Like so many notable tv couples, from Philip and Elizabeth in The Americans to Walter and Skyler in Breaking Bad to Tony and Carmela in The Sopranos, no matter what heinous crime the husbands commit they are just trying to protect their families. Instead, the women are monsters in the making, each a variation on, and some combination of, Medusa, Medea, and the Harpies. These stereotypes are as old as storytelling, but these shows do ask who is the real monster in the marriage? Could it be marriage itself?