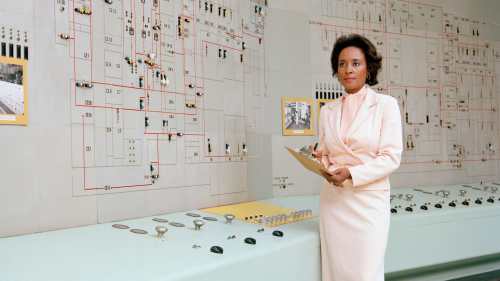 This is a photograph of  Annie Easley (1933-2011), another trailblazing black woman scientist who worked at Nasa during the “Hidden Figures” era. Easley is an inspiration for computer scientist Timnit Gebru, born in Ethiopia, now a resident in the US. Gebru is leading the charge to expose bias in the “alogrithyms that run our lives.” She is the co-lead of the Ethical Artificial Intelligence team at Google and has devoted her career to addressing the dearth of women and minorities (aka “the undersampled majority”) in the datasets used to train algorithms. Read more about her and the other women trying to fight the phenomenon of “mathwashing” that allows tech companies to reinforce and further disseminate racist and sexist practices. Yet another example of women, and in particular black women, in the vanguard of fighting for social justice in every aspect of our lives.

And for a little more from me on pioneering women scientists:

I DIED FOR BEAUTY: DOROTHY WRINCH AND THE CULTURES OF SCIENCE

EMILIE DU CHATELET: THE LADY WHO WAS A GREAT MAN

From our friends across the pond:

Here’s a wonderful, hopeful poem entitled “What I Know” written by my darling friend, the writer, musician, and poet, Alba Arikha who’s social distancing in Herefordshire, on the Welsh border, read by the Irish actress and Beckett performing genius Lisa Dwan, whom I have also had the pleasure of meeting.

…there is a particularly marvelous silver lining of a post today about journaling. I have seen her journals and am beyond envious. They are each works or art, artist’s books, beautiful to see, touch, hear, feel, and smell. She has written an article about journaling and teaching her students the art at Wirecutter. Here’s a little taste:

“At a recent medical check-up, I told the doctor about the stress of being a mother of teenagers and the daughter of a mother with dementia. He prescribed more journaling to recover some calm.”

So take inspiration from Martha, pick up a pen or open a google doc, and start chronicling. Doctor’s orders.