THE SULTANA OF SUBVERSION: THREE HARD-BOILED NOVELS BY DOROTHY B. HUGHES: My July Column at Bookslut 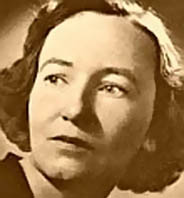 The serial killer Dix Steele in Dorothy B. Hughes’s 1947 noir classic In a Lonely Place

professes to his friend Brub Nicolai, an LAPD detective assigned to the “strangler” case, to be writing a detective novel. Brub responds: “Who you stealing from, Chandler or Hammett or Gardner?”

Hughes herself stole brilliantly from her fellow pulp writers, added her inimitable twist, and became the “Queen of Noir,” the “Mistress of Dark Suspense.” She, in turn, was stolen from by the likes of Jim Thomson, Patricia Highsmith, Ruth Rendell, and Sara Paretsky. She wrote thirteen novels, of which three were adapted to film, most famously Nicholas Ray’s In a Lonely Place 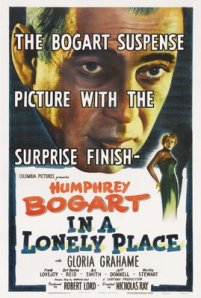 An award-winning poet and critic, Hughes worked for a time in Hollywood, including a stint on Hitchcock’s Spellbound

. Her influences ranged beyond the masters of the genre to Dostoevsky, T.S. Eliot, Faulkner, and Shakespeare, but also to more obscure authors such as Anne Petry and Nella Larsen. For Hughes, any encounter with another writer’s work contributed to the shaping of her own, reading itself being the supreme influence. 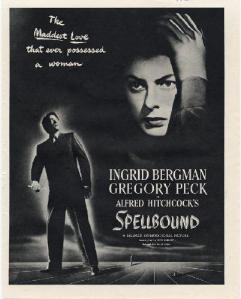 The above exchange between her characters Dix and Brub is, of course, self-referential, but the inward nod is particularly Hughesian because she’s identifying with her murderous protagonist and because Dix’s novel doesn’t exist. His imaginary opus is a ploy to pump Brub for information. Yet the novel we’re reading is a detective novel narrated from Dix’s point of view. Whose novel is it? In exquisitely noir fashion, Hughes’s fiction and Dix’s fiction become darkly entangled, and readers are compelled to question subjective reality. As a writer, Hughes is dead set — stylistically, thematically, narratively — on destabilizing our expectations and preconceptions as readers, as human beings. She is the Sultana of Subversion.

As will happen with women writers, Hughes’s books fell out of print, nearly forgotten until 2004 when The Feminist Press launched the fabulous new series Femmes Fatales: Women Write Pulp, including informative essays by literary scholars. Two of Hughes’s novels The Blackbirder

(1943) and In a Lonely Place were the lead titles.
This month, New York Review Books is publishing Hughes’ last novel, The Expendable Man

(Also available in the UK from the wonderful Persephone Books.)
Whether Hughes’s name will ever be said in the same breath as Chandler and Hammett remains to be seen, but her revival is significant, not least because her books, from within a masculine, often misogynist literary genre, offer an alternative vision that might be described as feminist. (Hughes, who rejected classification, hated the term.) Her books not only refuse to cater to the “male gaze” so prevalent in popular culture, they include a critique of that gaze using the tools and tropes of popular fiction to expand our ways of seeing.